For diversity – against xenophobia

Students of the Brandenburg Medical School (MHB) have joined forces with Neuruppin’s Mayor Jens-Peter Golde to assume sponsorship for the design of the wall outside the town hall. The initiative “for diversity – against xenophobia” is a clear statement against racism and xenophobia in Neuruppin.

Jan Auswitz, medical student and co-initiator of the project, reports that right-wing xenophobic slogans have repeatedly appeared on the wall at a prominent location in town at the corner between Fehrbelliner Straße and Fontaneplatz. The municipal administration counteracted with design projects that propagate democracy and tolerance and for this purpose recruited the collaboration of various institutions like the Heinrich Böll foundation or a local school. In some recent cases the slogans were just painted over.

Angered by what he saw on the wall on his daily walk to the university, Auswitz decided to act. He and fellow campaigners cleaned and primed the wall and painted it white. “Today we have started to redesign the wall, following ideas and suggestions from a project group.” 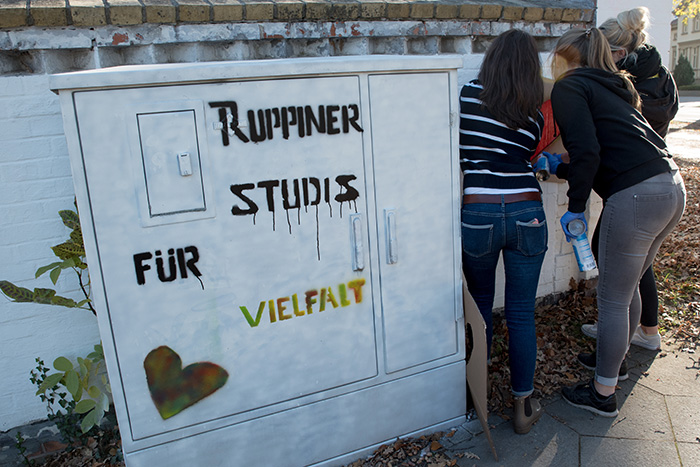 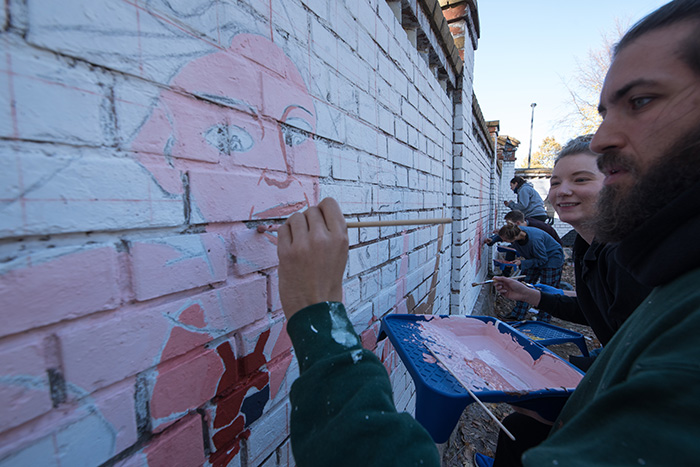 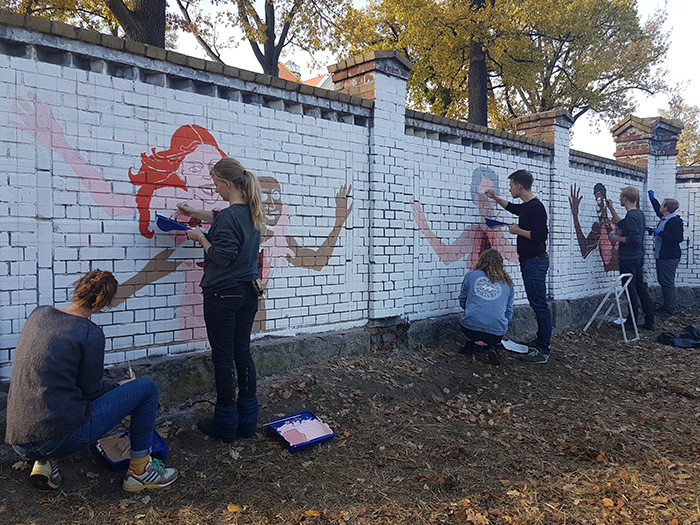 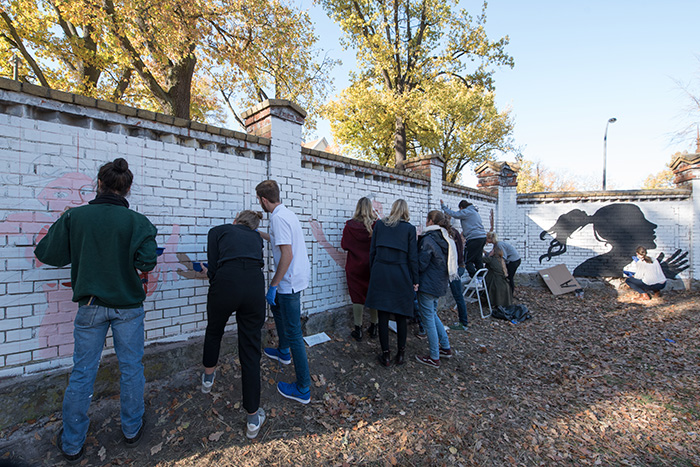 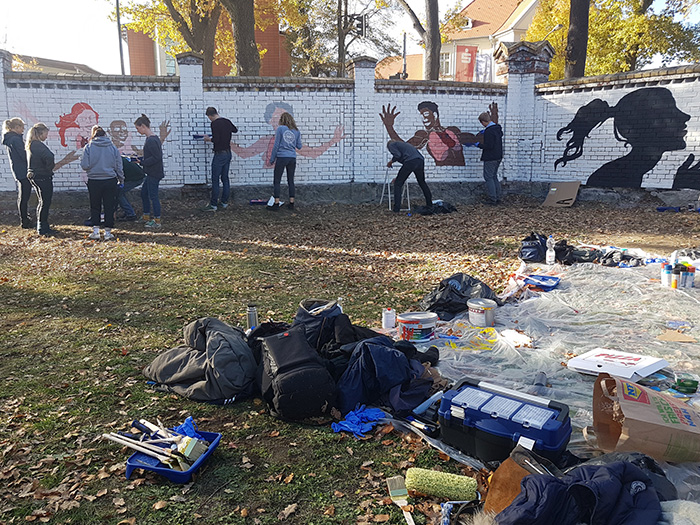 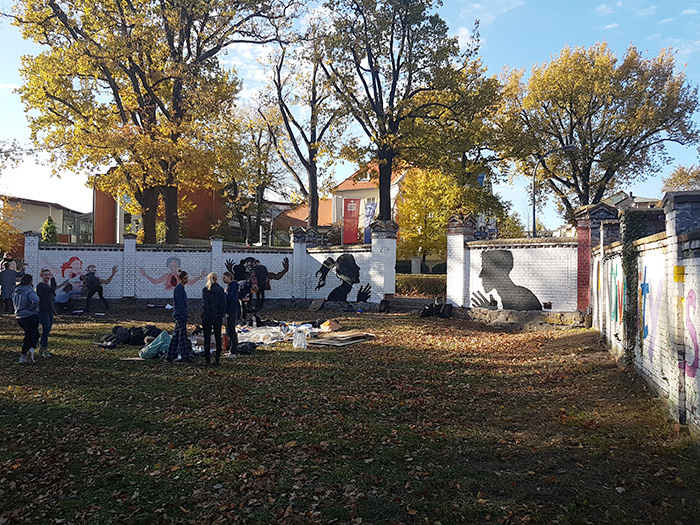 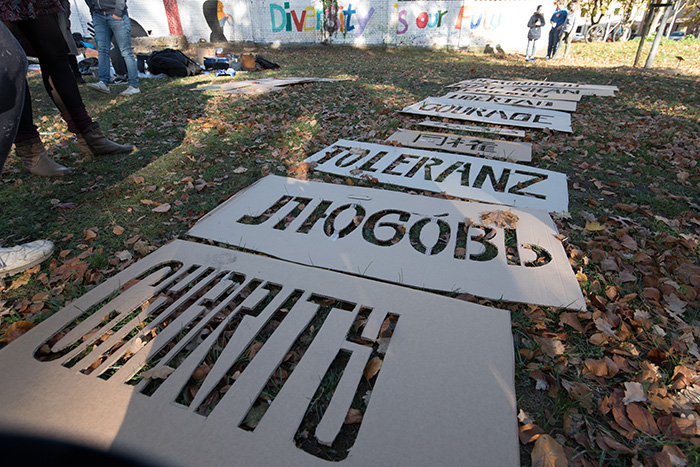 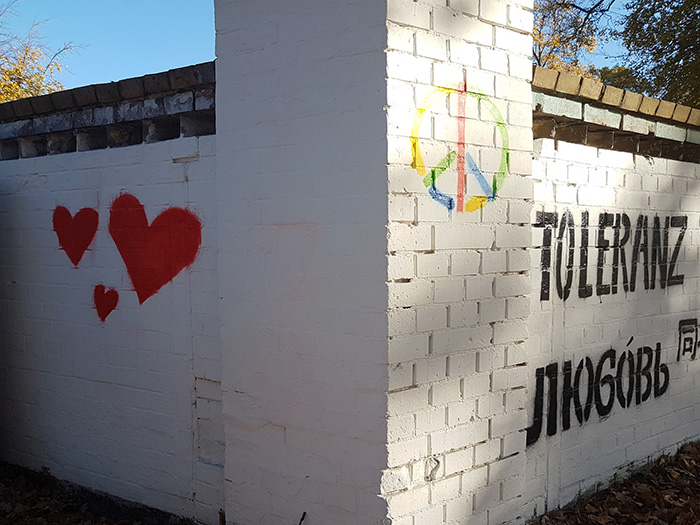 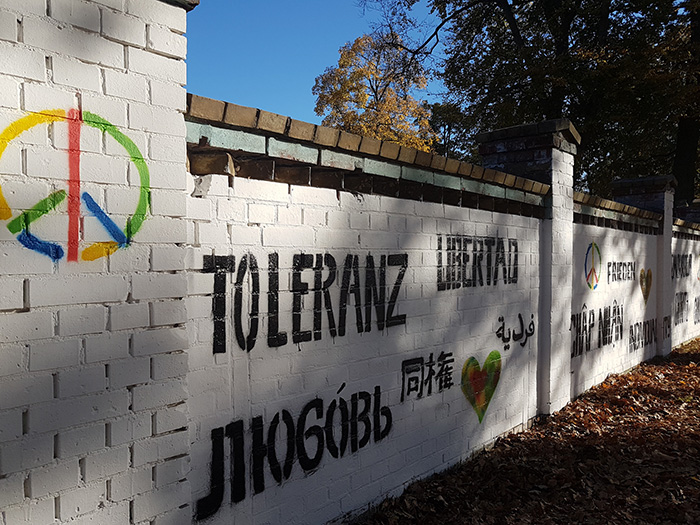 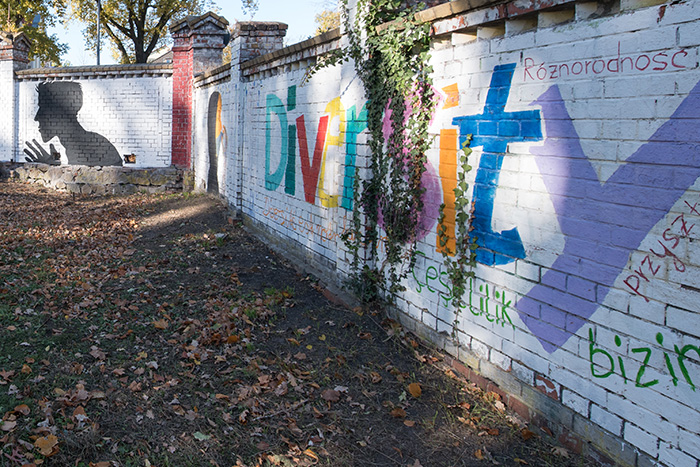 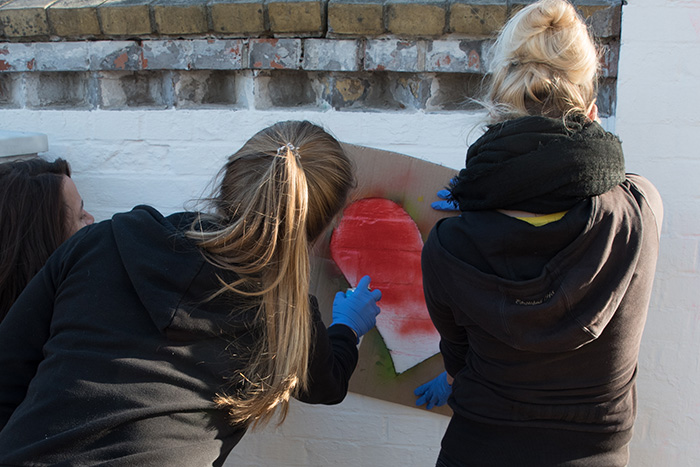 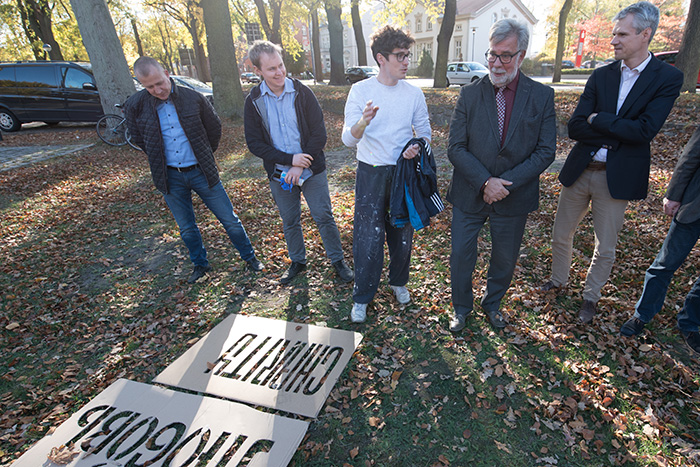 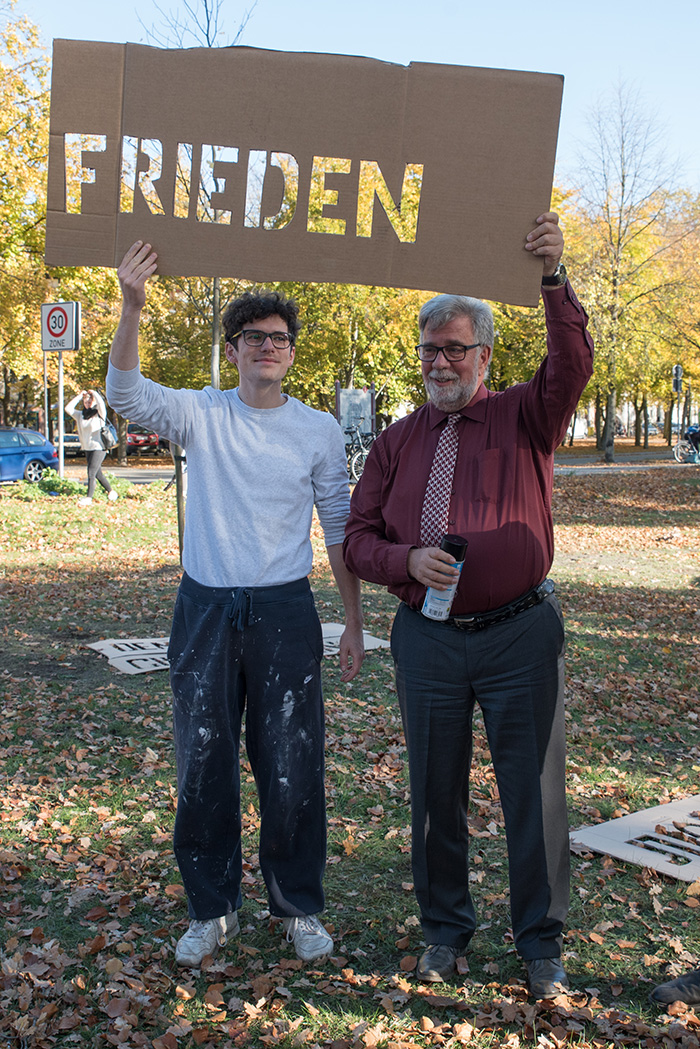 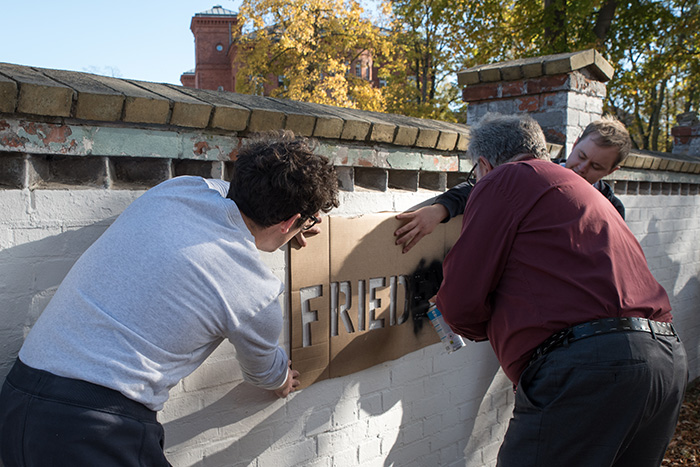 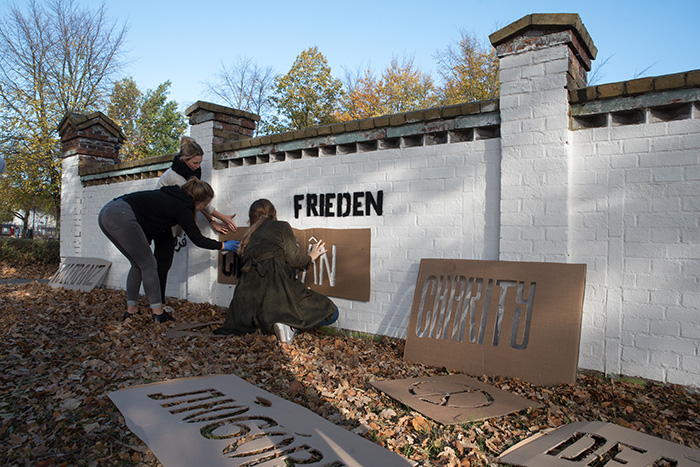 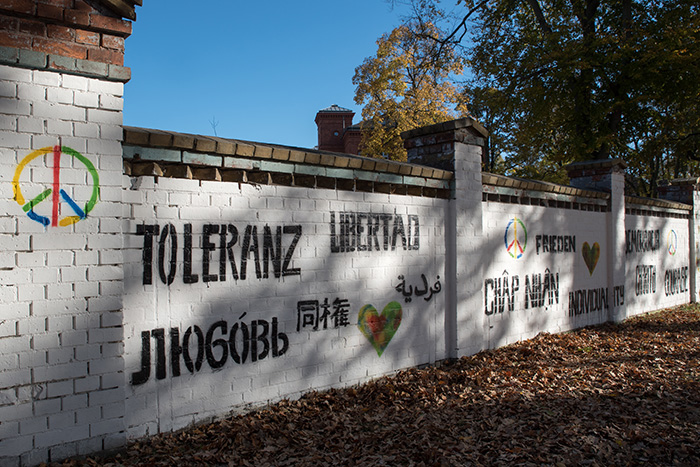 Dr. Giulio De Matteis from the MHB Institute of Anatomy supported the project with pencil sketches which the students transferred to the wall surface. He declared himself highly pleased with the student initiative as a demonstration of political stance and social responsibility.

Mayor Jens-Peter Golde praised the project as terrific, from an artistic as well as political perspective. He was proud to give not only political support but lend a hand himself.

Speaking on behalf of MHB students of medicine and psychology, Auswitz undertakes to keep an eye on the wall: “This is the start of a special kind of sponsorship. We want to send a clear signal in favour of diversity and against xenophobic agitation.

We favour a peaceful, democratic and colourful Neuruppin, open-minded and with love for people, i.e. with the same characteristics that we aim to live up to in our future careers as doctors or psychologists. We promise to paint over any future graffiti or slogans – which are certain to reappear – and to embellish the wall again.”