The MHB campus in Brandenburg an der Havel turned into a teddy clinic for cuddly toys of kindergartners on 17 May. MHB students had sent out invitations to nursery schools in Brandenburg and met with enthusiastic response and great interest. Medical students and co-initiators Saski Dede Davi and Johanna Seiffert reported registrations for 90 children between three and six on the first day.

Johanna Seiffert explained the idea behind the volunteer project as follows: “Students want to put pre-school children at ease in situations involving doctors and medical treatment. The teddy clinic is a setting where not children themselves but their cuddly toys are examined and where we pretend to treat arm fractures or upset stomachs. Children assume the role of parents in this doctor-patient situation and are not personally affected.”

Seven different child-oriented stations were set up, including a first-aid post, a family doctor outpatient ward, a pharmacy, an x-ray unit, an operating room and a station for face painting and the reading of stories. According to Saskia Dede Davi, a teddy named Emma was made by a tailor especially for demonstrations in the OR. Emma has all vital organs like heart, lung and digestive tract, and even female genitalia. 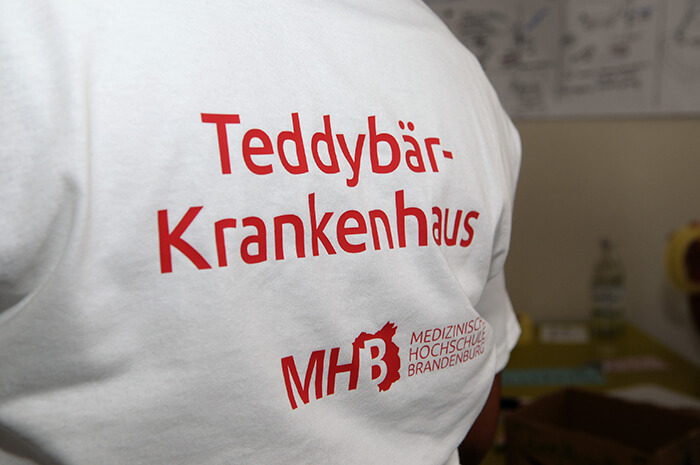 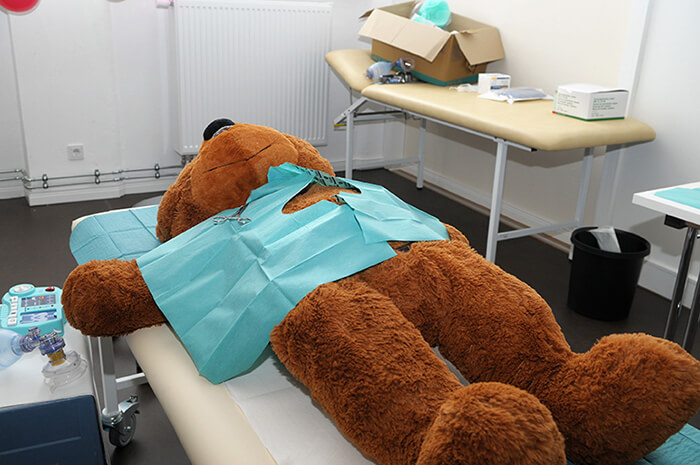 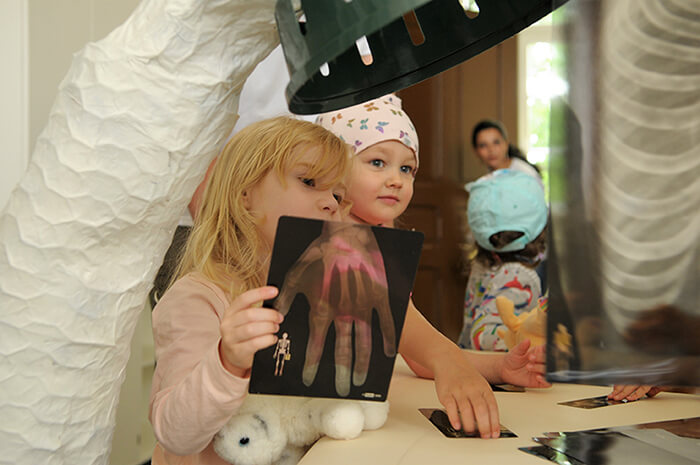 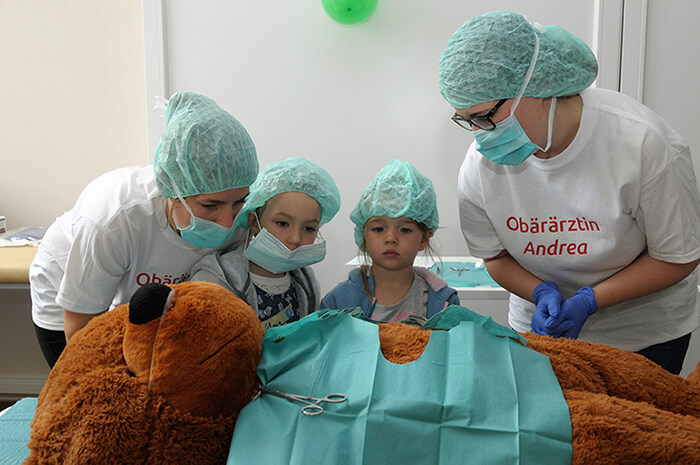 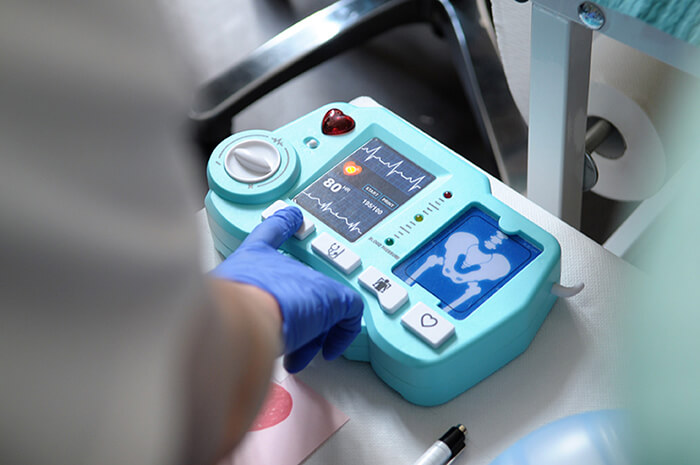 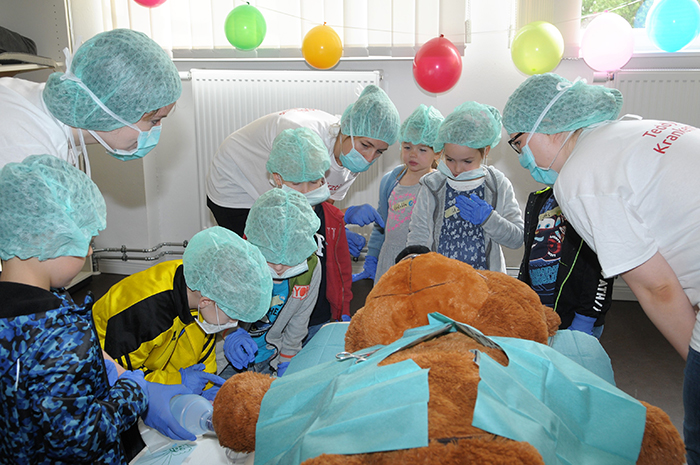 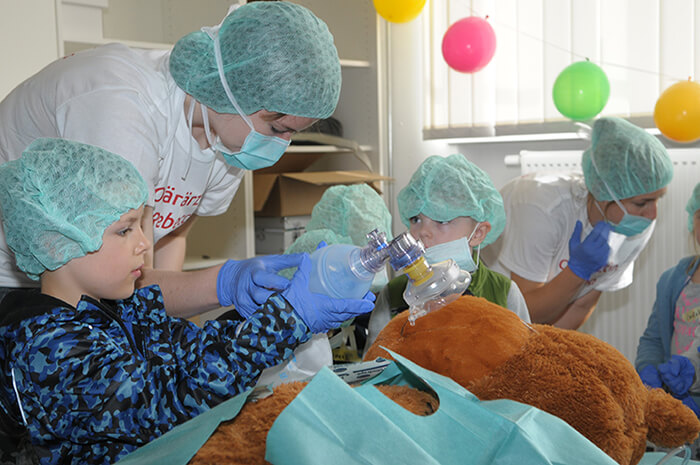 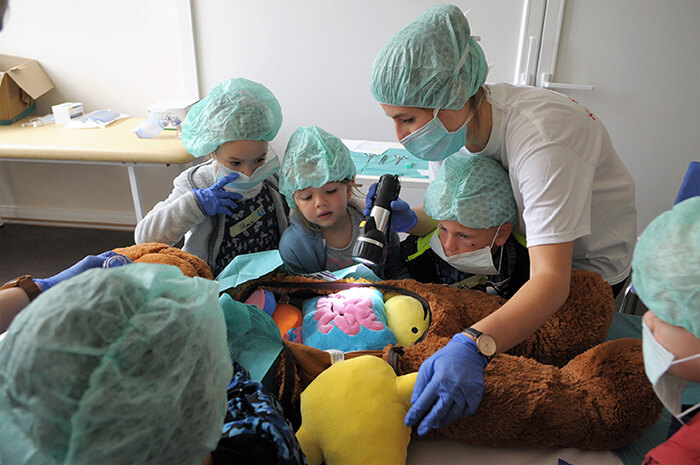 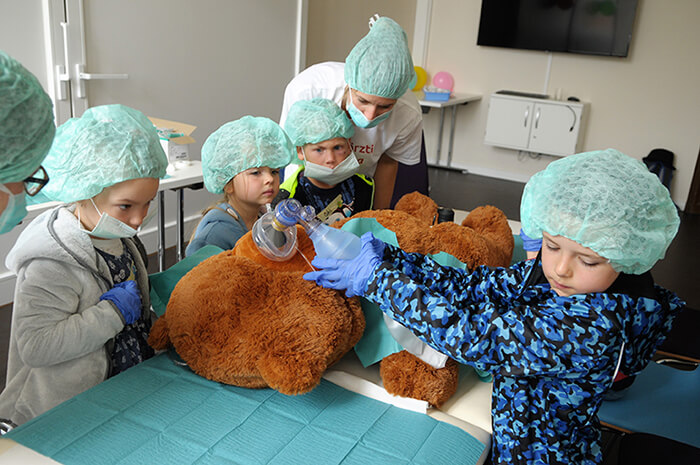 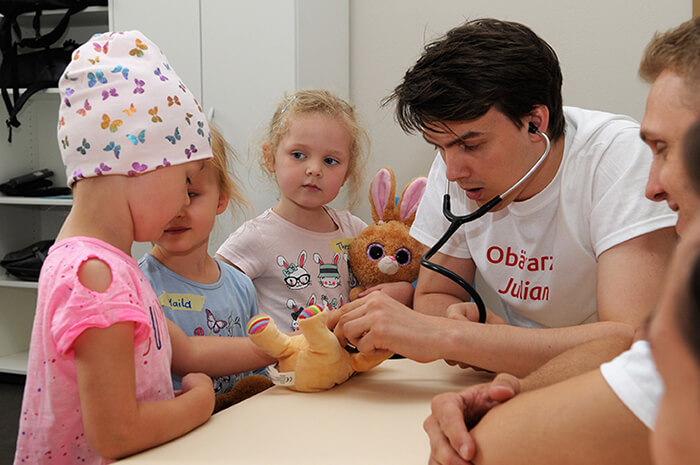 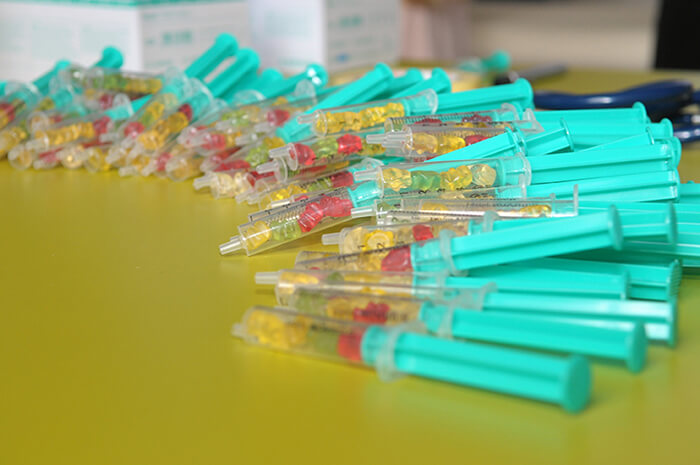 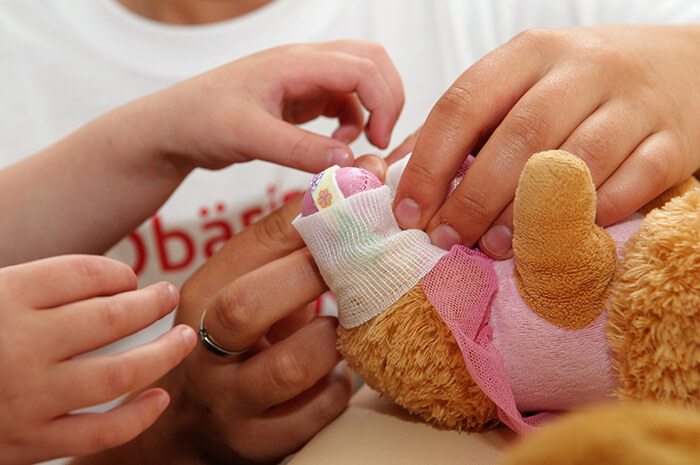 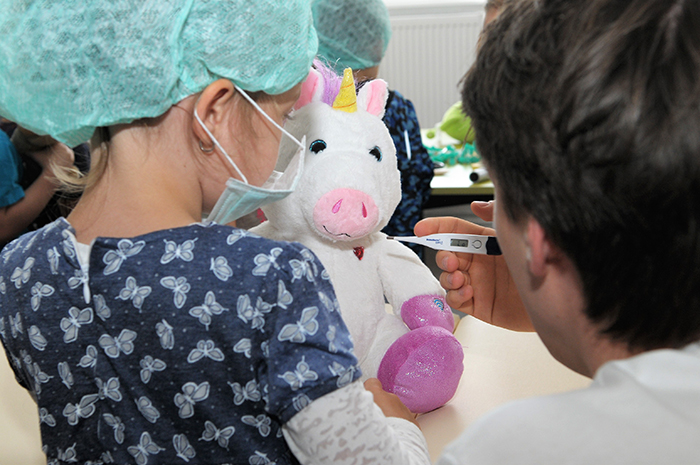 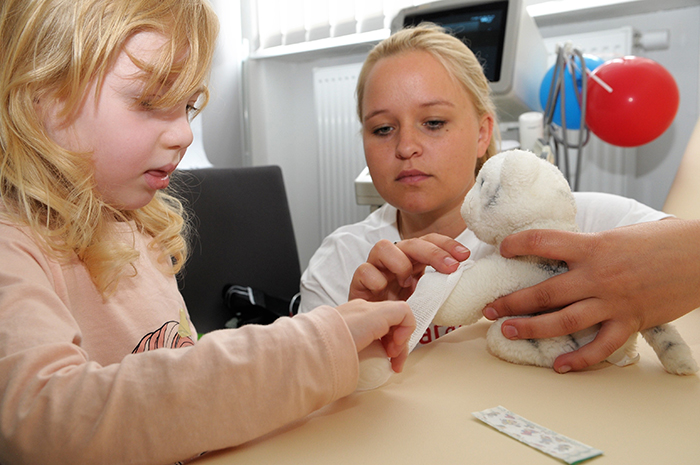 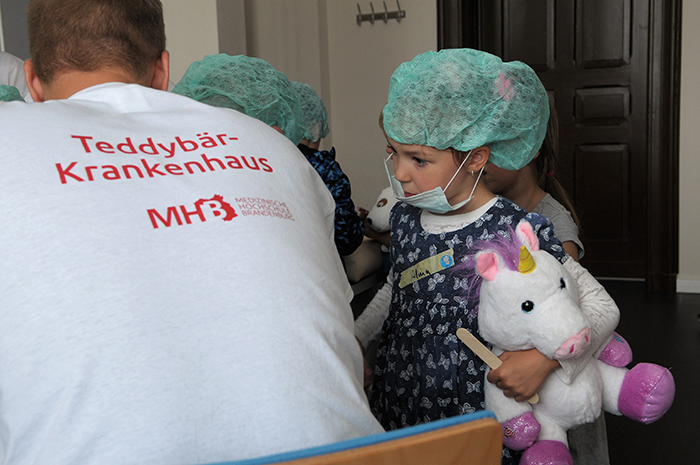 Johanna Seiffert described how Emma complained of tummy ache and underwent a thorough examination in the OR. During this procedure the future doctors explained to the children in detail what can hurt in the stomach. The teddy radiologists had come up with an x-ray unit and prepared radiographs to show what bones look like on such images. Dummies were available at other stations for an exploration of organ models. About 50 students in all looked after their little guests, some of whom were shy and others quite excited and high-spirited. And the most important thing: “In the end, Emma’s tummy ache was gone.”

Not only children and their cuddly toys but the students themselves profited from the project. Contacts with children and their toys serve to school subject-related, communicative and psychological skills. “A win-win situation for all participants,” so the organizers. They were highly pleased with the positive feedback, and invited further suggestions and ideas in order to make a planned repetition of the event next year just as successful.

The MHB donors’ association supported the teddy clinic with 1,300 EUR; the Brandenburg Municipal Hospital donated plaster and bandaging material as well as 50 % of catering costs. On behalf of the organizers, Saskia Dede Davi thanked all supporters and donors, the staff at the municipal hospital and of course the students for their participation in the teddy clinic.