Cross of the Order of Merit for MHB founding president

Prof. Dr. Dieter Nürnberg, gastroenterologist and founding president of the Brandenburg Medical School (MHB), was awarded the Cross of the Order of Merit of the Federal Republic of Germany. Brandenburg Science Minister Dr. Martina Münch (Social Democrats) gave the laudation and conferred the honour on the premises of the Potsdam Ministry of Science, Research and Cultural Affairs today. 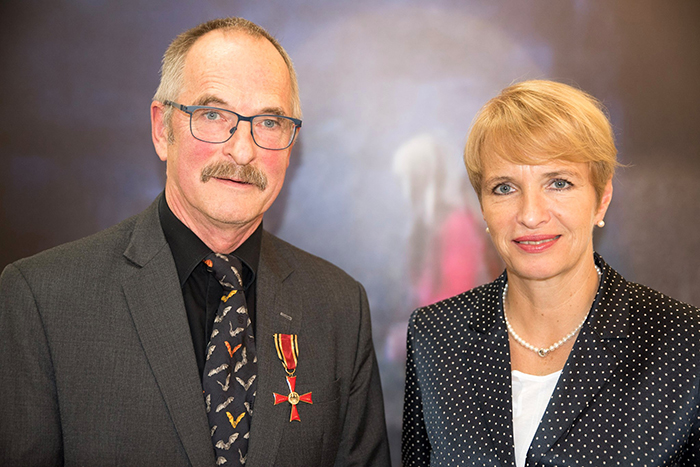 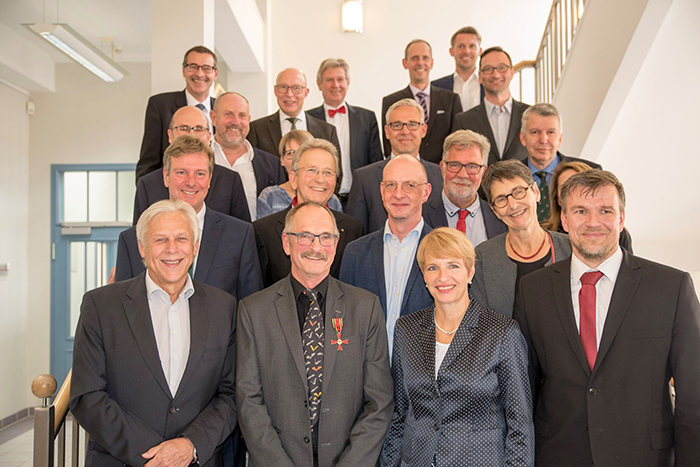 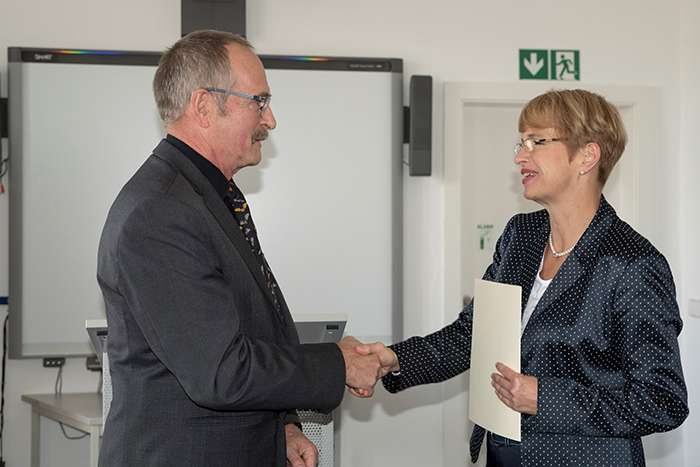 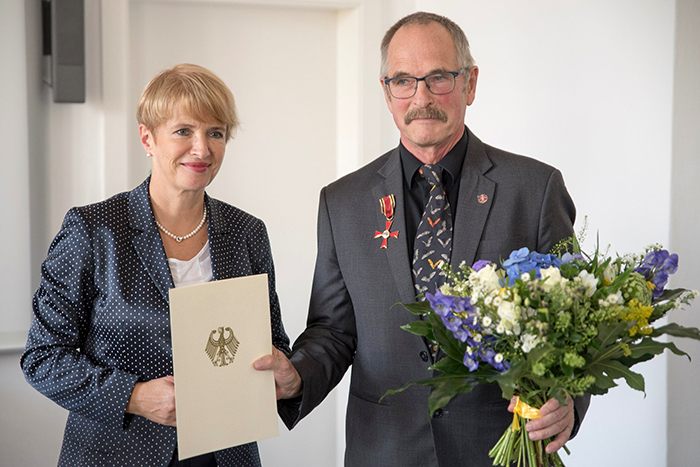 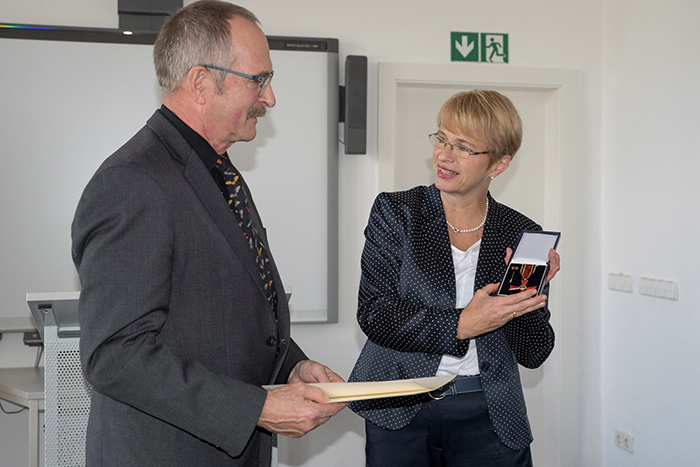 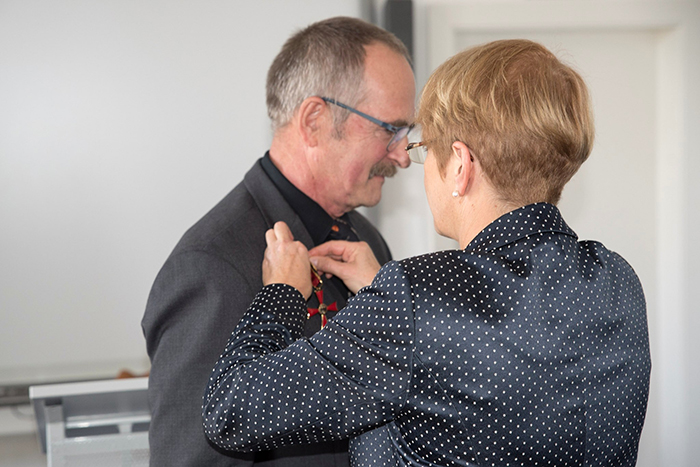 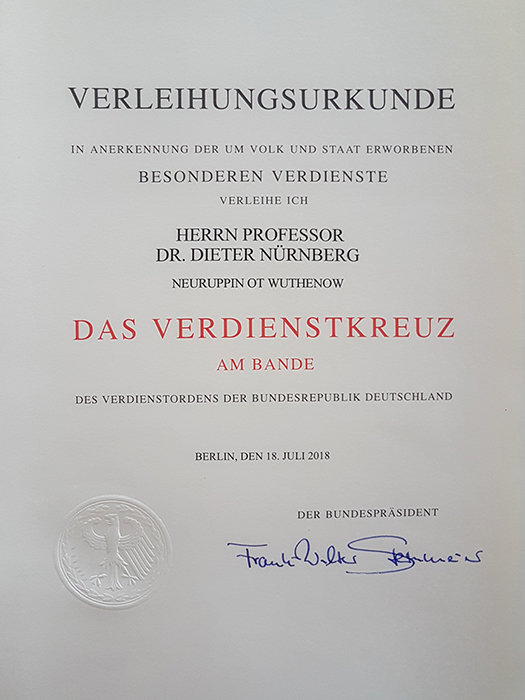 Minister Münch praised Nürnberg’s exceptional achievements as a physician, scientists and citizen dedicated to his fellow humans and his region far beyond the call of duty. She mentioned his decades at the Neuruppin clinic, his research activities and in particular his efforts as one of the first to advocate palliative medicine and the creation and expansion of hospices in Brandenburg where people suffering from incurable and terminal illness are nursed and accompanied.

In addition, so the Minister, Dieter Nürnberg was a co-founder, and founding dean between 2014 and 2016, of the Brandenburg Medical School Theodor Fontane: “He was instrumental in making his home town of Neuruppin a university town and establishing the very first medical school in Brandenburg. Under his leadership a university was built which stands out by educational concepts, strong practice orientation and a reputation far beyond the region. The institution plays a significant role in ensuring medical services in our federal state, and with its participation in the Brandenburg Health Campus and the new Faculty of Health Sciences jointly organized with the University of Potsdam and BTU Cottbus-Senftenberg contributes to medical and nursing care as well as science and research in Brandenburg. Dieter Nürnberg has been a major factor in this positive development.”

Prof. Nürnberg gave his thanks to the large number of friends, colleagues and family who attended the ceremony. His medical work, so Nürnberg, had always been more than just a job, it was a mission and a calling. He found fulfilment in motivating others to join him in his efforts: “I have perceived myself as a team player. Success needs fellow campaigners. And I do hope that the honour conferred to me today will rub off and inspire others to engage in activities that make a difference.”

Born in Neuruppin in 1952, Nürnberg completed medical studies and a subsequent doctorate at the Humboldt University of Berlin. He returned to the Neuruppin district hospital for specialist training and was active as a senior physician since 1985.

From 1991 to 2015 he served as chief physician at the Ruppiner Kliniken with a focus on gastroenterology and oncology. He joined the hospital management in 1994, and founded the palliative society HOSPA in 2007. He was a co-founder of the Brandenburg Medical School Theodor Fontane and its founding dean between 2014 and 2016. He remains connected to the MHB in student education and research as a senior professor. Dieter Nürnberg lives in Neuruppin.